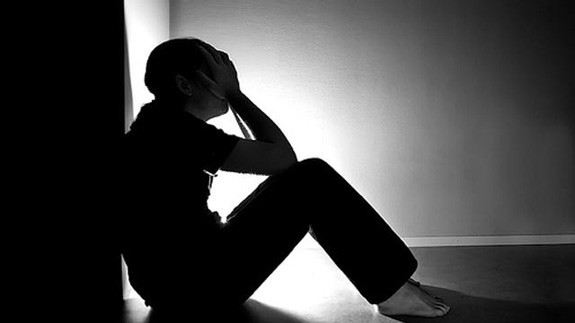 You never know what a day is going to bring. We don’t even know if we’ll see the next day! Life unfolds before us—good and bad, joy and sorrow—without our permission, and usually without much influence from us at all. January twenty-eight of two thousand eleven was one of those days for us. Some new, good friends—our kids had almost instantly taken to them as adopted grandparents—had their world dramatically altered in a moment by a sudden, unexpected death. The ripples from this sudden absence of one changed our life that day, too. Remember to cherish those you love today, and hopefully also know and enjoy that you are cherished by someone(s), too. We never know what the next moment will bring. A friend of ours passed away this morning. It was very unexpected, apparently very sudden (though I do not fully know the details) and… it just feels very final.

I have not known this friend very long. We met his daughter and her family a little more than a year ago when they moved to our town. They home school their children and had met some mutual home schooling friends who introduced us and we pretty quickly became good friends. Her parents moved to town shortly after her dad had a massive heart attack (about one year ago) to live in the apartment attached to their house. It was all very God-arranged.

We met Wayne & his wife shortly after they moved to town and, likely due to our good friendship with their daughter and family, they quickly became our good friends too. They were equally quickly “adopted” by our kids as their third set of grandparents. (Really! There was even a signed certificate created by our kids!) 🙂 They graciously offered an open invitation to us to watch our kids any time Jen and I needed to get out for some no-kids time. (And we have taken them up on that invite several times!)

The first time I met Wayne, I realized we had a shared love of words. Both reading and writing. Wayne has been far more prolific than I in both departments, to be sure. I am currently reading a book he recommended, and I had been talking with him about helping him publish some of his books. I hope to still do that for him.

It’s been a strange day. Death has not touched me much in life. Presently, I can only think of two people who were really close to me who have died. My Mom’s dad died when I was 12 or 13. I remember that, and remember thinking, “Wow… that’s weird.” But I didn’t realize till later that reaction was due (at least in part) to my Mom’s relationship with him—I had only been with him a handful of times. The other person is my wife’s brother, Jeff. My brother-in-law for only about a year. He died just before our first son Ian was born. (I remember it was really hard. Really shocking. Very sad.) That’s the reason that Ian bears his name. (Ian Jeffrey Campbell).

Otherwise, death has always seemed to be a couple relationships away from me.

But I know Wayne. He is my friend. I already miss him.

I was processing all of this with another friend in an online conversation when I said, “Life just changed suddenly.” I didn’t mean it to be profound, but the more I thought of it, the more I realized it was true. Life—my life—is now different, and quite suddenly so.

Now, I’m sure I don’t hurt nearly as much as our friends who lost a dad, a husband, a grandpa … and we will be asking God to fill the large void they now (suddenly) have in their lives. He can and I know he will…

But there is a hole. There is an absence. Life… is different.

Each of us is so much more impactful than we admit. (Or perhaps we really don’t realize, or understand it.) Every person we know, every place we go, everything we do … is part of the “fabric” of the lives of all those around us. So, the closer we are, the more time we spend with people, the more the void is felt. But all of us feel the absence. All of us.

So I will (and already do) miss him.

Although I am not as naive as to think that death would never touch me, it still nearly always comes as a shock. We are such hardy, fragile creatures. One moment it’s incredible what we can come through, and the next moment we can be gone within that moment. We just never know.

What that means—since we know that—is that each moment we have is precious. We can very easily get to thinking otherwise. Life’s daily details overtake (perhaps overwhelm) our conscious thoughts. But we just never know when we won’t have the people we love with us anymore. All we know is that we have them—we are with them—now.

Please take a moment today, after you read this, and remind the people around you how much they mean to you. Take a second to encourage some of the greatness you see in them. Maybe take more than a second. We can’t live everyday worried that we are going to lose those we love, but, we can certainly remember to let them know what they mean to us as often as possible.

I’m glad to have known Wayne Leavitt. I hope to see him again one day.

Until then, while I am still here, I am now reminded to enjoy the moments I have with the people whose lives God has intertwined with mine, and to let them know how glad I am that he has.

I hope you will do the same.

OTHER POSTS from JANUARY 28th

Today's post was a poignant piece, originally published one year after the death of a family friend. We all celebrate...